Let's look at each red flag in greater detail:

Paragraph 11 of the affidavit highlights the statistically impossible voter turnout in numerous precincts:

"There were at least 19 precincts where the Presidential Votes Cast compared to the Estimated Voters Based on Reported Statistics exceeded 100%." 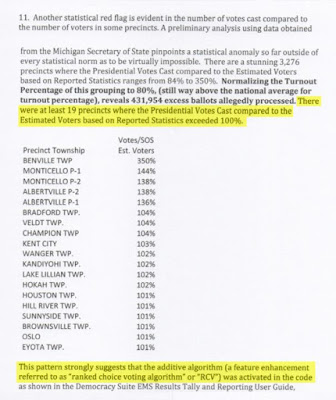 These impossible voter turnout figures lead Russell James Ramsland, Jr, to conclude that an algorithm (a "feature enhancement" of the software) was used:

"This pattern strongly suggests that the additive algorithm was activated in the code."

Arguably the most blatant evidence of the use of an algorithm is the fact that the raw voter data included decimal places in the totals!

"This pattern strongly suggests that the additive algorithm was activated in the code."

"The fact that we observed raw vote data that includes decimal places strongly suggests that this was, in fact, done. Otherwise, votes would be solely represented as whole numbers." 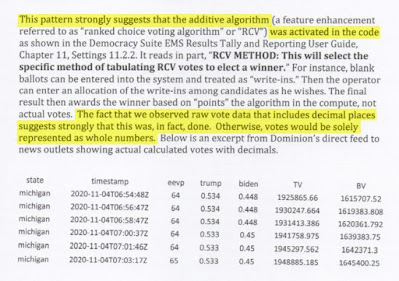 The fact that the raw data feeds included decimal places in the vote totals suggests that those involved in manipulating the vote totals were either recklessly arrogant or extremely stupid. You would assume that anyone with any sense would cover their tracks by fixing the algorithm to round the vote tallies to the nearest whole number.

Incredibly though, apparently no-one thought to do this, because the raw vote data tallies show decimal places, as illustrated in the examples in the affidavit.

Massive voting spikes are something that pretty much all objective observers are already aware of, but it's covered once again in the affidavit.

"Yet another statistical red flag in Michigan concerns the dramatic shift in cotes between the two party candidates as the tabulation of the turnout increased.  A significant irregularity surfaces."

"A few batches of blank ballots could easily produce a reversal this extreme, a reversal that is almost as statistically difficult to explain as is the implausibility of the votes cast to number of voters." 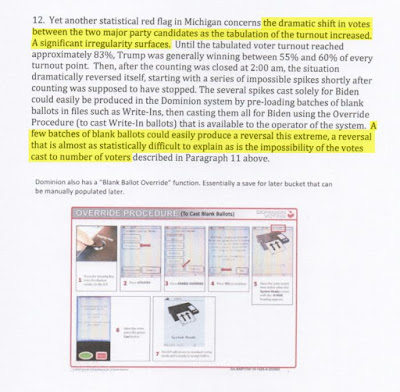 As the affidavit recaps, President Trump was 'generally winning 55% and 60% of every turnout point'. However, after the counting was paused then restarted, Joe Biden then somehow received over 90% of the vote. Again, this has been covered before, but it's blatant statistical evidence of obvious election fraud, so the point merits being repeated.

Yet another statistical red flag that the affidavit highlights is that during the period when Joe Biden received his massive spike of votes, more ballots were counted than there was capacity to process.

"Something occurred in Michigan that is physically impossible, indicating the results were manipulated on election night."

"There were 289,866 more ballots processed in the time available for processing in four precincts/townships, than there was capacity." 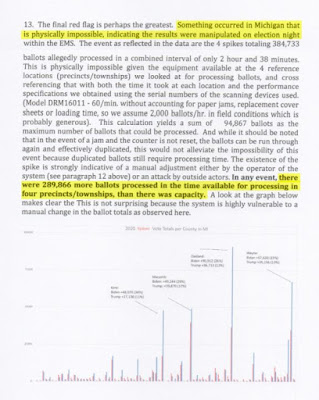 Again, this is another massive red flag. If more ballots are processed than is physically possible in the time available for processing, then either an algorithm is in play, or some other form of election fraud is involved.

The full affidavit covers additional statistical red flags and is available to read at the link below:
https://imgur.com/a/IqN3jep 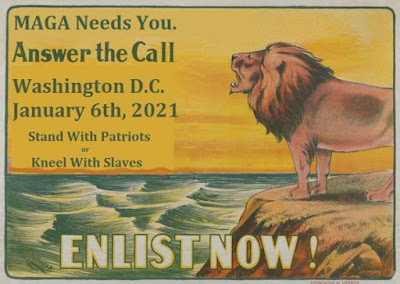